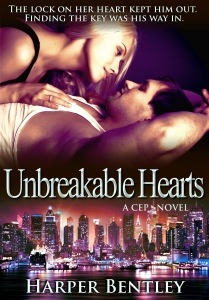 Citadel Executive Protection (CEP): New York City’s top-rated security agency that hires and assigns only the best of the best for each case.

Tilly Maxwell is a freelance photographer in New York City who happens to take the right photo at the wrong time. While on a shoot, she captures in the background of one of her pictures a man who’s just committed a murder. A man whose perfect crime has now been foiled because of chance. Because of one ill-timed click of the camera, a photographer must be silenced, and Tilly’s now on the run for her life.

John Osby, Oz, an ex Army Ranger who is now one of CEP’s best, is shocked to see Tilly when she calls on the agency needing help. Talk about a blast from the past. They’d attended high school together and he remembers her as the quiet, adorably awkward and somewhat nerdy photographer he’d had a crush on, but because their lives were so different, he didn’t dare cross the line with her, except for one drunken kiss. But now they’re older, she’s blossomed into a real beauty and he intends on crossing any line he can to protect her… and have her as his own.

A woman who adamantly guards her heart encounters the one man who may be able to break down her barriers. When the past collides with the present, boundaries will be pushed and unbreakable hearts will be tested to the limit.